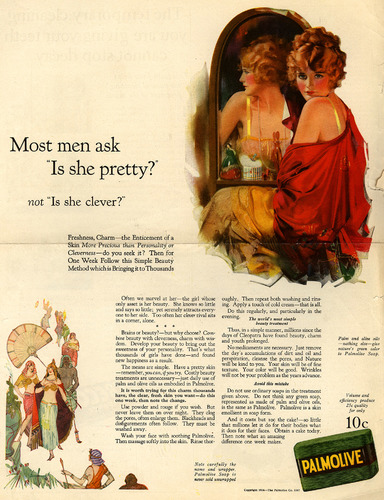 Since the late nineteenth century, gender has been central to our understanding of racial and ethnic images in American advertising. Although dimensions of earlier gender ideals have changed over time--and the gendered representations of people of color have been transformed--there remain profound limits to the ways masculinity and femininity can be imagined in advertising. 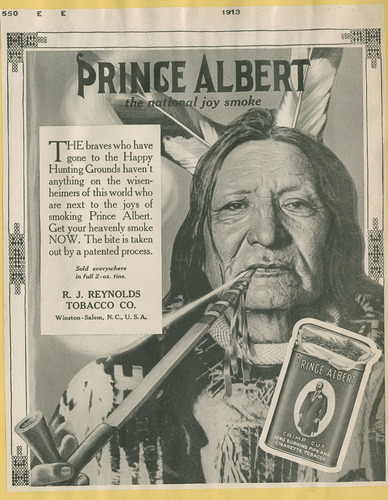 Since the inception of national advertising in the late nineteenth century, advertisers have employed what they interpret as representations of “Indians” to sell goods and services. The representations of Native Americans in the ads examined here contribute to and continue what political scientist Michael Rogin calls “motivated forgetting” by obfuscating the reality of genocide of millions Native American people perpetrated by those living in the “land of the free and home of the brave.” 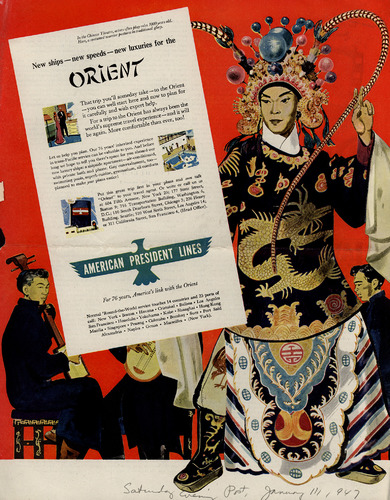 Chinese Americans and Japanese Americans, since the late 19th century, have been depicted in a variety of ways ranging from unwanted aliens to model minority geeks to affluent consumers. These representations mirror various immigration trends, entrees into local economies, US military alliances, and policies. 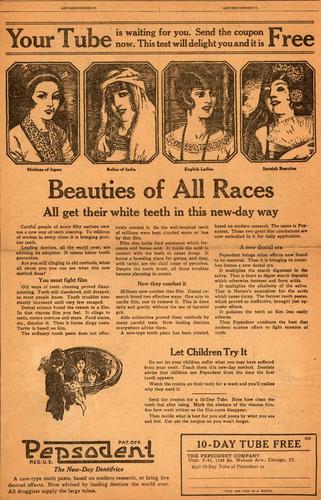 South Asian Americans have had relatively little visibility in American advertising until fairly recently. Contributing factors to this lacuna include the way early South Asian immigrants were regarded in early 20th century America, when the Indian Subcontinent was still under British Rule. 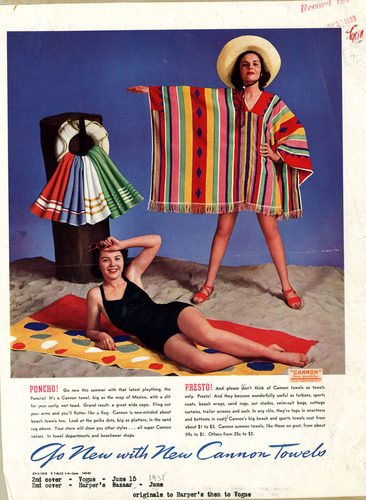 Advertising imagery has usually depicted sexuality as heteronormative. It is a fair generalization to say that advertising imagery, in nearly every case, tends to follow and mimic social and cultural changes rather than to initiate them. Depictions of alternative sexualities in advertising thus began only after LGBT people came out in American society and media programming, most notably TV sitcoms, included first gay and later lesbian characters. 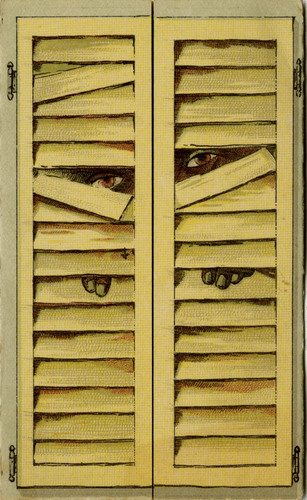 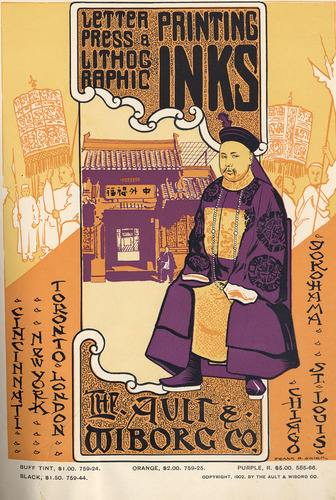 Chromolithographic trade cards used the Chinese figure as a means to explore aspects of 19th-century culture. In the iconographic Chinese figure, Americans discovered unexpected possibilities for expressing social and personal anxieties, or probing boundaries of gender, class, and even nationhood. 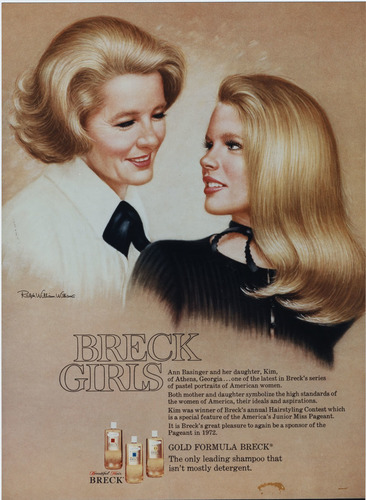 Since the late nineteenth century, a changing cast of images and characters has flowed through American advertising. With them, and in reaction to them, European immigrants and their descendants have defined or ignored their ethnicity, established or complicated their standing as white people, and gauged their levels of prosperity or a lack of it. 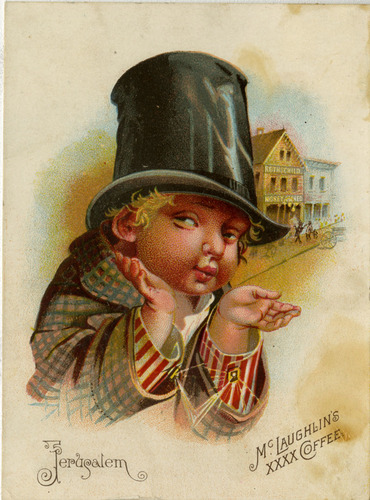 American advertising, emerging in the late nineteenth and early twentieth century, in the main, emanated from New York, home to the largest concentration of America’s Jews. In those same years an increasing number of American Jewish men, particularly the sons of central and east European immigrants, received thoroughly American educations and their ethnic community had long been engaged in business. Despite the lack of scholarship, a few necessarily preliminary observations can set the stage for thinking about Jews and the world of American advertising, offering the outlines for what could be a rich subject for historical inquiry. 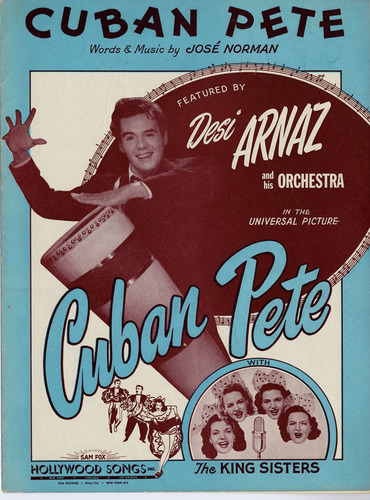 Latin Looks in Hollywood over Time 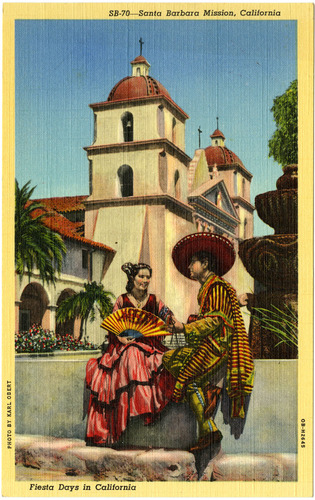 Today, Hispanic marketing is a multibillion dollar industry with advertising agencies spread throughout New York City, Los Angeles, Chicago, Miami and virtually every other city with a large concentration of Latino populations. As the Latino population in the United States continues to rise the Hispanic marketing industry is poised for even larger gains, and even greater relevancy on the national stage. With an increasingly large target audience of Latinos, marketers have produced ads for products across a multitude of categories using a number of different images and representations. 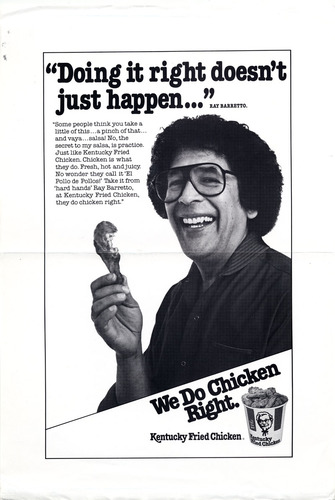 Despite the existence of different racial and national ideologies throughout the Americas, the legacies of European and U.S. empire, colonialism and cultural dominance have naturalized whiteness and “blanqueamiento” as the coveted ideal. Consequently, most stereotypes of anti-blackness and anti-indigeneity have developed global and local manifestations across the Americas, that are also often reproduced in Hispanic and Latino/a media and advertising. These stereotypes include casting Afro-Latino/a celebrities in urban theme ads, casting Indo-Latino/as in public information ads and, in the world of commercial goods, tying aspirational goods to white and light-skinned Latino/a actors.