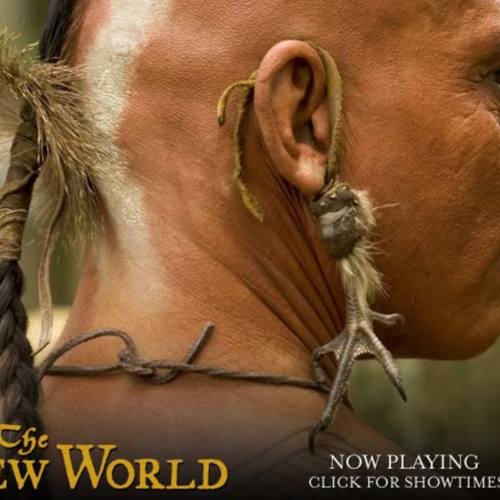 Ad for the film The New World, which tells the story of Pocahontas. Although the film cast included Native American actors, the interpretation of their culture was found offensive to many Native Virginians. This particular ad features a close up of the back of a Native American actor Raoul Trujillo's neck and what appears to be a chicken foot dangling from his ear.